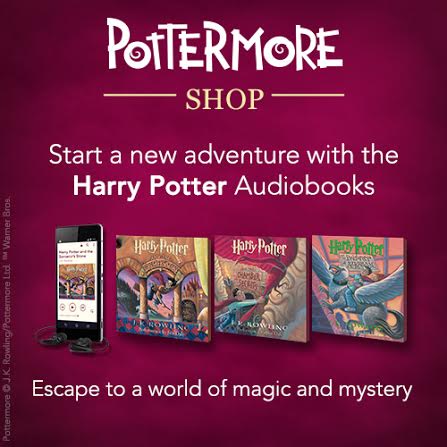 Disclosure: Harry Potty audio books were provided to us at no cost to facilitate this review and giveaway. All opinions are our own.

I’ve always enjoyed reading. From my childhood all the way through my teenage years, I’d constantly have a novel I was working through. Slowly, as my responsibilities increased, I noticed that finding time to read became increasingly difficult. What was once a constant in my life eventually became almost non-existent. My favorite authors and their books gathered a coating of dust over time. The task of  utilizing space conscientiously in our townhouse has resigned most of my books to Rubbermade tubs on our basement storage shelves. It seems sad to store all those books away, but I cannot bear to rid myself of them either.

One day, while hanging out with a close friend, I was lamenting my lack of time to read.

“I had that problem too”, he said. “Why don’t you switch to audio books”?

I don’t know why I had never considered that before. It makes perfect sense. You can store thousands of them in a device that fits in your hand and have access to your entire library everywhere you go.

“That’s a fantastic idea”, I said. “I have a 45 minute drive every morning and evening. I could get through a book rather quickly just listening during my hour and a half daily commute”. I’ve been a fan of this format ever since.

We recently received a copy of the Harry Potter and the Sorcerer’s Stone digital audio book (free of charge to facilitate this review) from pottermore.com. Pottermore.com allows fans of J.K. Rowling and the Harry Potter series the chance to more fully immerse themselves in the Harry Potter universe. You can explore scenes from the books, read new works from J.K. Rowling, learn more about the characters and delve deeper into their family histories, explore the world with an interactive map, choose a wand at Ollivanders shop, become a member of one of the houses at Hogwarts where you can chat with other members in the house common room forum, make potions, challenge other wizards to duels, and on and on. There is a lot to see, do and learn at pottermore.com!

This non-dramatized audio book is narrated by Jim Dale who does a fantastic job offering a variety of voices and traits, each unique to a character. His voice is clear, concise and conveys character emotion with ease. I never experienced difficulty understanding what he was saying or trying to impart because of his fantastic and natural annunciation. The audio book is divided into an individual mp3 file for each chapter of the book, which makes organization on your device a snap. My phone seamlessly played from one chapter to the next. While Jim Dale does a masterful job in his narration, I would still recommend this audio book to slightly older readers as younger children might not understand some of the words or situations in spoken form.

The plot follows the title character, Harry Potter, as a young wizard who begins to discover his wizard heritage. Through his first year at the Hogwarts School of Witchcraft and Wizardry, he makes several friends and enemies. With the help of his friends, Harry must face the evil Lord Voldemort, who killed Harry’s parents during his infancy. It’s an exciting tale for parents to share with their children.

We look forward to sharing the story of Harry’s first year at Hogwarts with our children on our next road trip!

Buy It: You can purchase the Harry Potter series as an ebook or an audio book by visiting their online store.

Win It: THREE lucky readers will each win a digital audio book copy of Harry Potter and the Sorcerer’s Stone!

This giveaway is open to residents of the US & Canada (excluding Quebec) who are 18 years of age or older. It will end at 11:59pm EDT on August 16th 2014. Enter using the Giveaway Tools entry form below. Good luck!

Disclosures: We were provided the audio book at no cost to facilitate this review. All opinions are our own. We have been compensated for hosting this giveaway.

Your blog is still relevant today. I own two sets of the Harry Potter audiobooks and just purchased the full digital set of audiobooks. Now I can play the audiobooks in my new care (without a CD player) through Apple CarPlay. It is wonderful. I purchased the full set from Pottermore, downloaded it and pulled it into iBooks on my phone.

I'd shop the jewelry section, necklaces mostly. I really like the Ron Weasley sweetheart necklace and the phoenix necklace.

My son would love to have a Gryffindor house robe so he can pretend to be Harry Potter :)

Help spread the word. You're awesome for doing it!